Return to Work Behavior of People with Disabilities: A Multi-Method Approach

This paper discusses the development of a simulation model to mimic a return to work phenomenon of Social Security Disability Insurance (SSDI) enrollees in the United States. Agent Based and Bayesian Network methods are used within a multi-method simulation model to capture system conditions and enrollee behavior. Bayesian Network is used within an agent to represent enrollee’s decision to work. A developed simulation model can be used to investigate many aspects of the return to work phenomenon. The model is used to answer a sample research query that examines how the perception of an enrollee on work incentives related to health improvements, money, and vocational assistance can affect the return to work phenomenon for 18 to 39 year old SSDI enrollees (at enrollment). This is measured as the total percentage of population with benefits terminated for work. 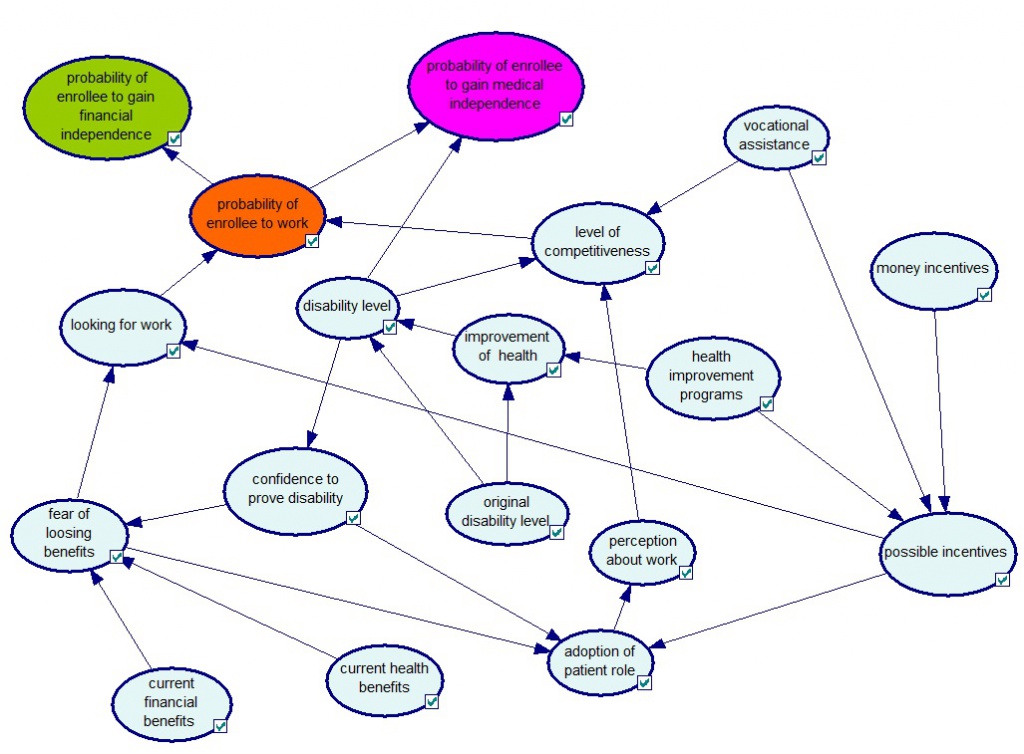