A novel approach to represent learning in human decision behavior for evacuation scenarios is proposed under the context of an extended Belief-Desire-Intention framework. In particular, we focus on how a human adjusts his perception process (involving a Bayesian belief network) in Belief Module dynamically against his performance in predicting the environment as part of his decision planning function. To this end, a Q-learning algorithm (reinforcement learning algorithm) is employed and further developed. In this work, the human decision behavior model is implemented in AnyLogic agent-based simulation software, and the constructed simulation is used to test the impact of the proposed learning approach on emergency evacuation performance, and initial results look quite promising. 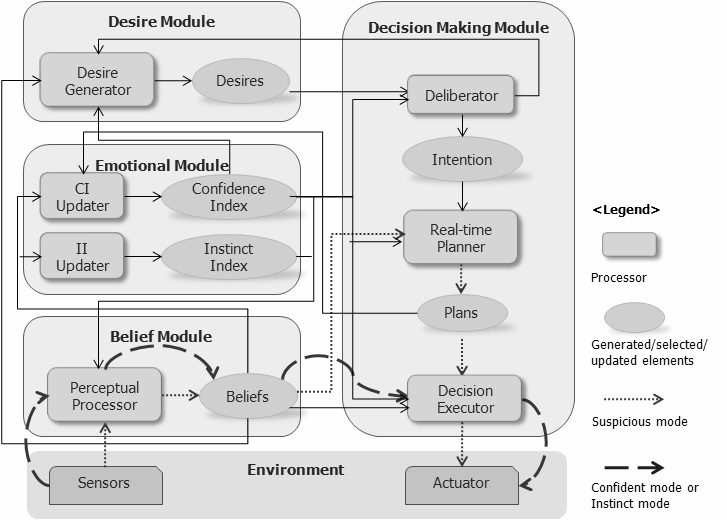