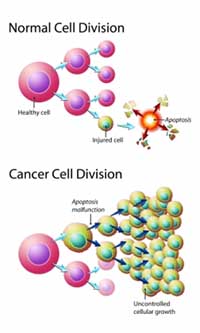 At the beginning of 2015 we were proud to release a free version of the software called PLE, or Personal Learning Edition meant for learning, teaching, and self-study. Since the release, we have been extremely impressed with not only the increase in the number of users but the complex projects produced with the free version.

Our latest discovery is from Mihir Paithane, a student in the STEM (Science, Technology, Engineering, and Math) Program at Mills E. Godwin High School in Richmond, Va. Mihir built a model to analyze the "Effect of Cellular Interactions on Cancer Cell Growth Using Evolutionary Game Theory."

In this experiment, game theory was used to assess the interactions between three cell phenotypes usually found in cancer. The three defined cells were autonomous growth cells, invasive and motile malignant cells, and cells that performed anaerobic glycolysis. Based on preset variables in the payoff matrix, analytical equations were deduced that allowed for the analysis of the proportion of autonomous growth and malignant cells in a tumor. AnyLogic was also used to simulate the interactions between cancerous and healthy cells.

Find Mihir's paper in the learn simulation tab at AnyLogi.com. Moreover, if you have not yet, download AnyLogic PLE today! We are anxious to see more and more projects. 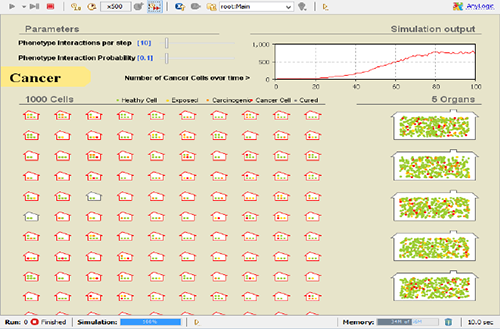