The process by which a high-velocity impact event leads to fire ignition onboard military vehicles is complex, influenced by the interaction of heated debris fragments and fuel spurting from ruptured tanks. Matthew J. Bova of the University of Cincinnati, Frank W. Ciarallo of Wright State University, and Raymond R. Hill of the Airforce Institute of Technology completed a proof-of-concept project involving the secondary threat resulting from a ballistic impact event using agent-based modeling in AnyLogic.

Developing a complete characterization of the secondary threat resulting from a high-velocity projectile impact on the exterior of an aircraft body is of particular concern to the aircraft survivability community. Such ballistic impacts typically result in penetration of the body, generating clouds of debris fragments and releasing large quantities of thermal energy. The potential threat of the resulting debris cloud and its thermal profile is magnified if the impact occurs in areas near a source of fuel. In such cases, the prevention of potential onboard fires is of utmost concern to vulnerability analysts. 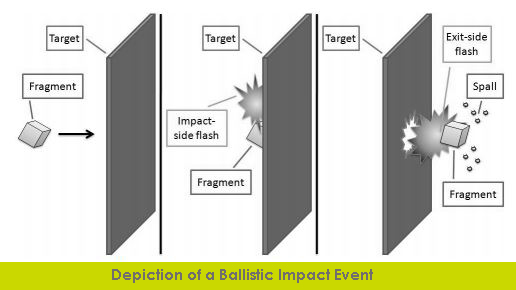